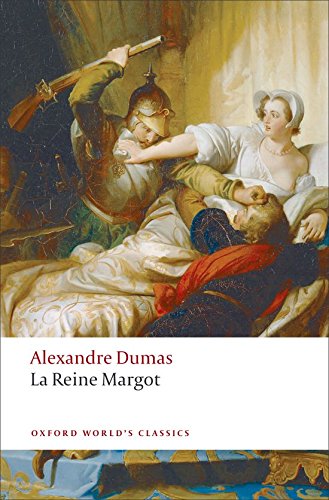 As a new member of staff at the Huguenot Museum, it was timely that they had just started up a new Book Club.

As the Book Club is made up of both museum staff and volunteers, as well as people who are completely new to the museum, it was a perfect chance to get to know people through a mutual interest.

Not only new to the museum, but reasonably new to Huguenot history, I found that reading a historical novel was a sure way to ease into an understanding for a period of history.

La Reine Margot is the ambitious second novel read by our Book Club.

A historical novel written in 1845, members were surprised by the number of contemporary themes and modern language, although all expressed through the mannerisms and particulars of the 16th Century French court.

A desire to safeguard your family, personal ambitions, and forbidden passions are all timeless concepts. The poisoning, political executions and religious upheaval are a little more dramatic and added an extraordinary quality to the historical novel.

In essence, the story centres on the erudite and beautiful Queen Marguerite de Valois, whose marriage to the Huguenot Prince Henry of Navarre leads to the famous St. Bartholomew’s Day Massacre instigated by Marguerite’s mother, Catherine de Medici.

Told through the eyes of a noble Huguenot and a noble Catholic, whose fates parallel each other, readers are given a more relatable point of view to watch one of the most horrific events of the French Wars of Religion.

Picking through the propaganda and sensationalism to find the historical fact of the matter is difficult. Dumas reads more like a play, or even a modern soap opera, with plenty of dramatic dialogue.

Alexander Dumas was one of the most widely read French authors, popular in his own day and since, with his work translated into nearly 100 languages, and it is easy to see why.

Although at times difficult to navigate through the slew of archaic titles and references modern readers fail to recognise, we still enjoyed it.
La Reine Margot is not an easy read but definitely worth the time.

Our next Book Club session will be Thursday January 25th at 2pm and we will be reading Jean Plaidy’s Queen Jezebel! A novel which covers the same time period as La Reine Margot, we are sure Plaidy would have read Dumas!