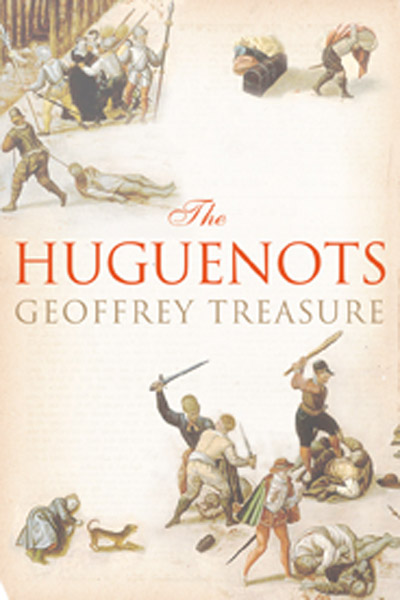 In March, our Book Club read The Huguenots by Geoffrey Treasure. Breaking away from reading historical fiction, we got stuck into this in-depth, non-fiction account of the Huguenot experience in France across two centuries. We wanted to have a deeper understanding of political and religious landscape shaping the fiction that we had already been reading, set in the sixteenth to seventeenth century.

With only a month, we decided to focus on a section of the whole book (Part 3: Religious Wars), having recently read fiction books set in the preceding time period. Some readers began at the beginning instead to get a more rounded view of what the book aimed to do.

As The Huguenots is an academic book, Treasure assumed certain information was already known by the audience and moved around in the timeline of the period a lot, causing some confusion for us readers.

Regardless, it was actually very readable. We enjoyed that we could follow the story of the Huguenots because we already knew the narrative and characters from reading our other historical novels. Although we did not all complete the chapters we intended to read, it was fairly unanimous that we would keep The Huguenots to read alongside our historical fiction. The book is a valuable and enlightening one. It provides a really helpful context for the dramatised fiction that we have read so far.

April’s choice is How To Stop Time by Matt Haig. This is a consciously lighter read and tells the unusual story of Tom Hazard, a Huguenot born in the late 16th century but still alive in 2017. It is time-hopping fantasy for which no special knowledge of the Huguenots is necessary. The book can be found for sale in our shop.

We will be meeting on Thursday 26 April and discussing it over tea, coffee and biscuits.