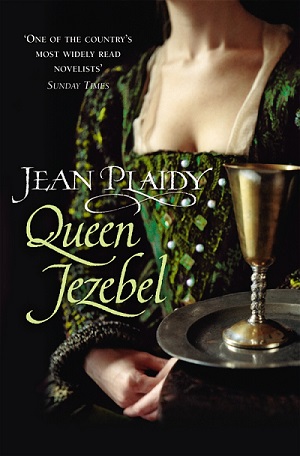 A lighter read than our previous book (Dumas’ La Reine Margo), Plaidy was also more widely read by our members. One of the group, Lesley, told us: “I got all my history from Jean Plaidy”.

It is hardly a surprise, with Plaidy being one of the UK’s most widely read novelists, publishing over 200 titles that sold worldwide.

Queen Jezebel is the third novel in a trilogy about Catherine de Medici. It deals with the twilight years of the queen’s life, including the St. Bartholomew’s Day massacre, one of the key events in Huguenot history where more than 30,000 Protestants were murdered by Catholics.

It treads much of the same ground as Dumas’ La Reine Margot but it was intriguing to read as it highlighted some characters that were not so prominent in Dumas and relegated characters with greater roles in Dumas to the background. By its nature as a historical novel, combining historical facts with artistic license, it was fascinating to see the different personality traits that Plaidy emphasised in the historical figures.

Plaidy’s Catherine was a more sympathetic figure. The novel was seen more from her point of view and, although she still did some terrible things, it took pains to explain what drove Catherine to become that way.

Queen Jezebel is far less stylised than La Reine Margo and lacked the same sensationalism. If what you look for in a historical novel is historical detail and a strong grasp of the narrative, Plaidy’s Queen Jezebel would be a perfect read. It gets across all the important points of that turbulent period of history and gave you an in depth look at the characters.

For our next novel, we are going to look at that period of Huguenot history more broadly. We will be reading Tracy Chevalier’s debut novel The Virgin Blue which tells the story of a rural French family in the sixteenth century in tandem with her modern day descendant, Ella, who finds herself paralleling her Huguenot ancestor as she moves to France and discovers some shocking family history.

You can join us to discuss it on Thursday 22nd February at 2pm over teas and biscuits.