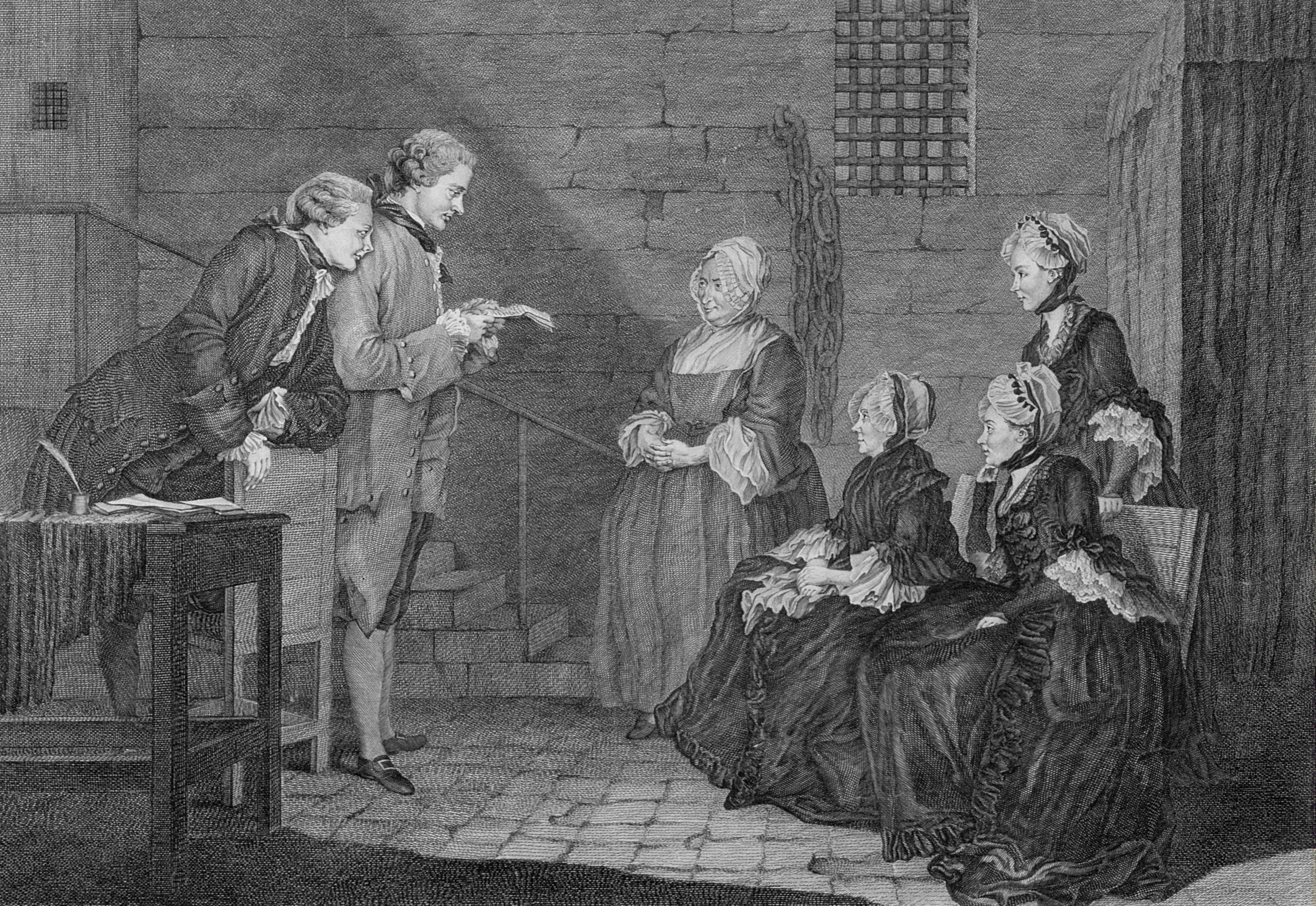 Jean Calas, a linen merchant, was accused of his son’s murder and condemned to death during the 1760s. Marc-Antoine, his son, had in-fact committed suicide having been unable to pursue his career in France because he was a protestant. Jean had claimed his son had been murdered to protect his family’s reputation.

Jean Calas was tortured, but he refused to abjure his protestant faith and was put to death. On his death his daughters were sent to convents and Donat, Jean’s youngest son fled to Geneva. Here Donat persuaded Voltaire to take up the cause and clear his family’s name.

Their cause was well supported in England where Jean’s wife Anne-Rose was from. Anne-Rose was the daughter of another Huguenot family, the Cabibel’s from Languedoc and had been born and raised in Spitalfields.

Paul Vaillant, the printer, sold copies of the engravings along with the story in order to raise funds for the Calas family.