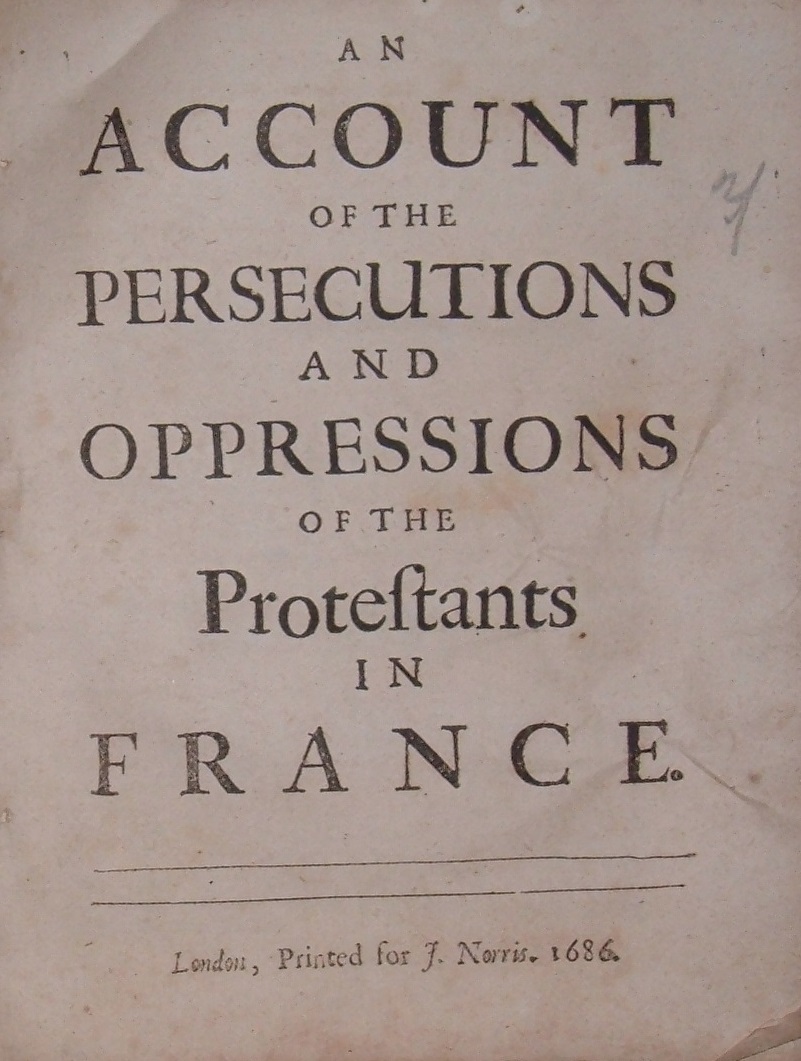 The Claude family fled to The Hague following the Revocation. Jean Claude (1619-1687) wrote a book in protest against the persecution of the Huguenots.

Jean’s father was a French pastor and Jean followed in his footsteps, studying for the ministry at Montauban, was ordained in 1645 and then went on to work at at Nîmes, Montauban, and Charenton before being expelled from Paris.