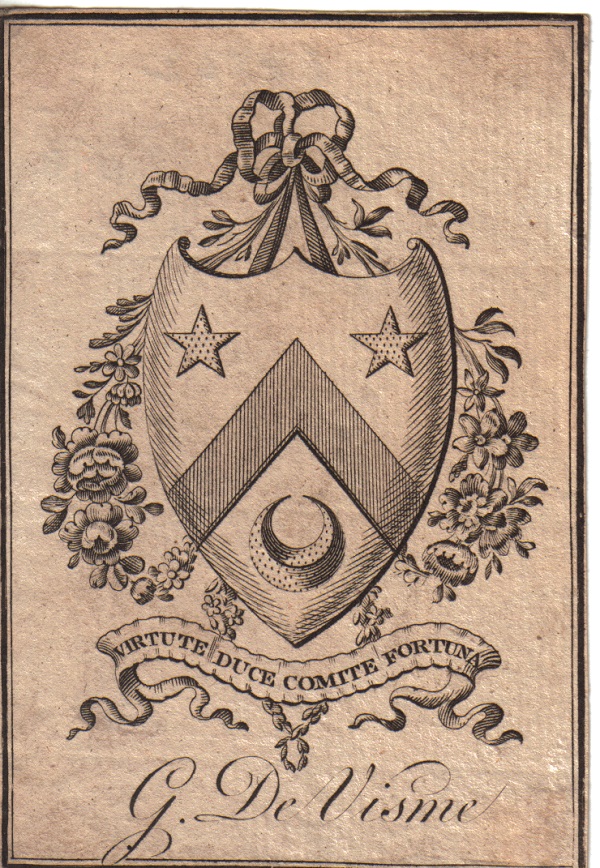 The Devisme, or Visme, family claim descent from the 8th century Sovereign Counts of Ponthieu. The family escaped to England following the revocation, but the French Government continued to use the title ‘Comte de Visme’.

A number of the Devisme men became directors of the French Hospital. Pierre was elected in 1765, Gerard in 1788 and Guillaume in 1780.