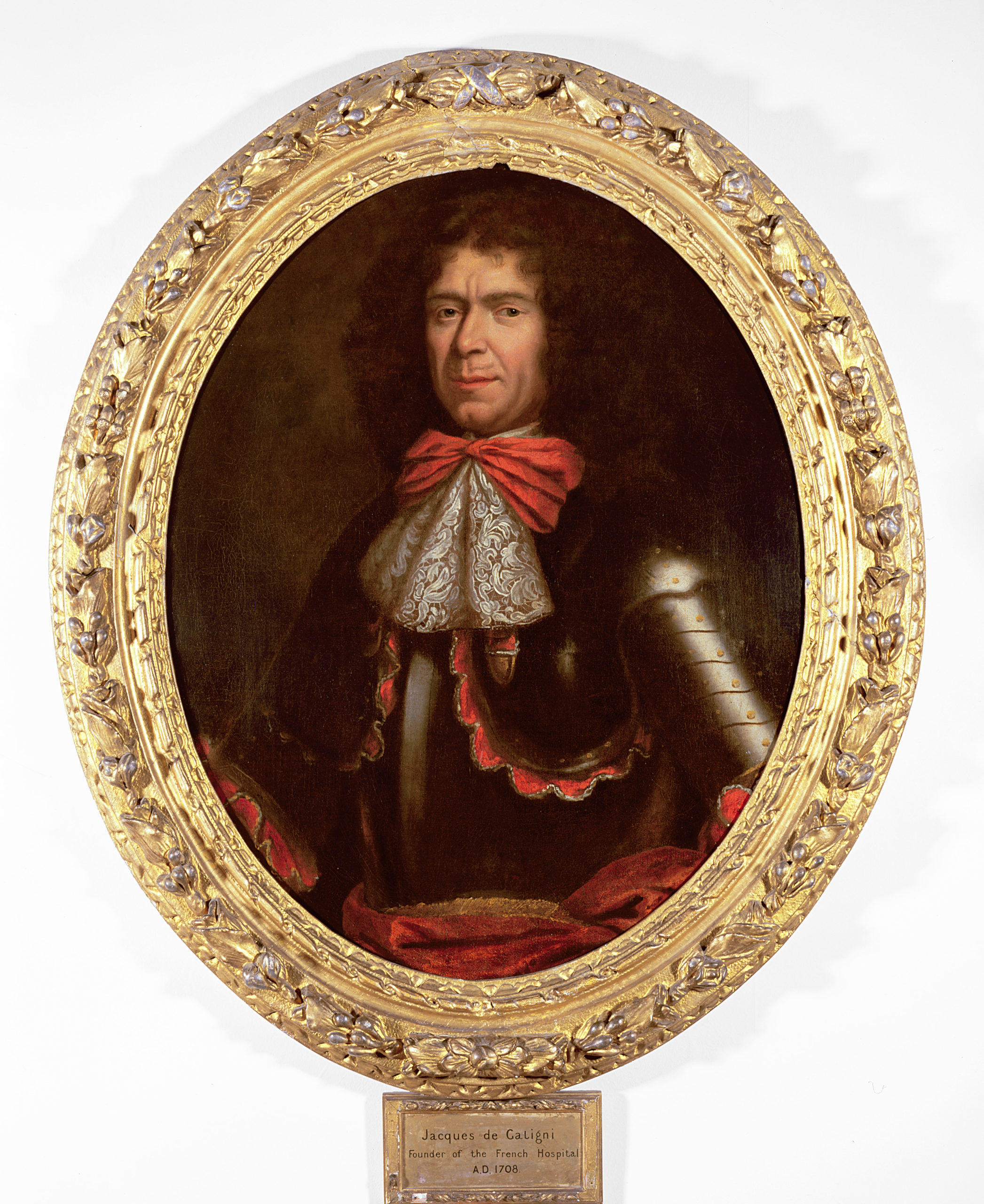 Jacques de Gastigny fought alongside King William III at the Battle of the Boyne in 1690, just months after he gained British citizenship. He was also a member of the French Committee responsible for distributing the Royal Bounty to Huguenot refugees. In his will he left £1,000 to establish the French Hospital, £500 to build apartments in the pest-house and £500 to fund beds, linens and clothes. The executor of his will was Philippe Ménard.

Matthieu de Gastigny was amongst a number of Huguenots who presented a petition to the House of Commons on the 23rd February, 1710. This petition set out: “that the French King had made several Edicts, Decrees, and Declarations, whereby all the French Protestants who had fled for refuge into her Majesty’s dominions, on account of their Religion, were declared and adjudged to be outlawed, and to have forfeited their goods and estates,and excluded from claiming and enjoying any inheritance in France”. As a result of the petition a Bill was ordered to be brought in, however it was soon dropped as it appeared that many Huguenots received better remittances of money from their relations in France than this bill would have allowed.