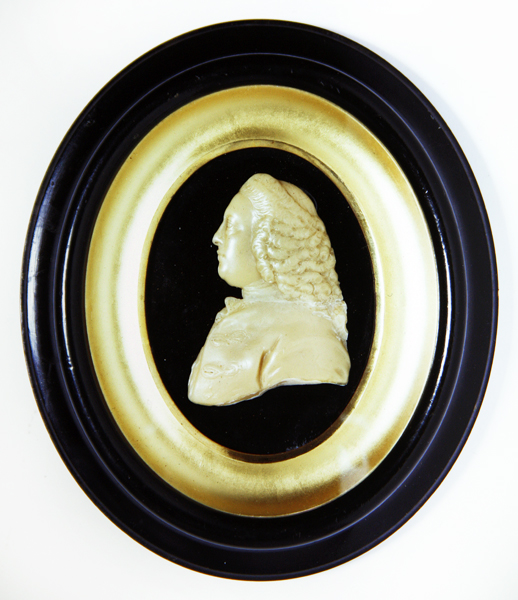 Jean Gosset was a Huguenot who settled in St Helier, Jersey. His son, Issac Gosset (1713-1799), came to London where he was raised by his uncle Matthew who was a wax-modeller. Issac learnt the trade from Matthew and became one of the best wax modellers of the 1700s. He was known as ‘Ingenious Mr Gosset’. In 1773 he was made a Director of the Society of Arts.

Issac had five brothers: John, Abraham, Jacob, Pierre and Gedeon. Gedeon (or Gideon) worked with Isaac as a carver and gilder. He only had one son, the Reverend Isaac Gosset to whom he passed on his secret recipe for his wax medallions. This recipe was never passed on. Issac, Gedeon and Jacob all became directors of the French Hospital.