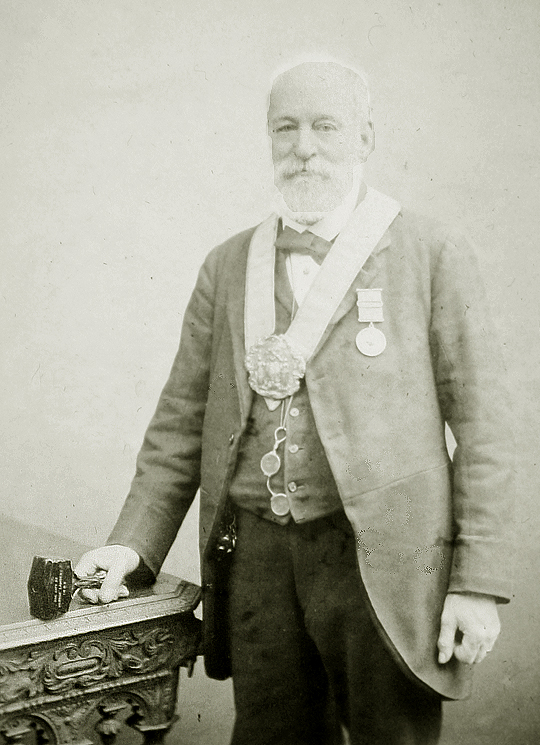 George Lambert was not only a director of the French Hospital but was also a successful goldsmith. He employed around 22 apprentices in his thriving goldsmith and jewellery business in London.

In 1887 George became Prime Warden of the Goldsmiths’ Company. He also became a liveryman of the Horners’, Glovers’, Tinplate Workers’, Gold and Silver Wyre Drawers’, Gardeners’ and Pattenmakers’ Companies.