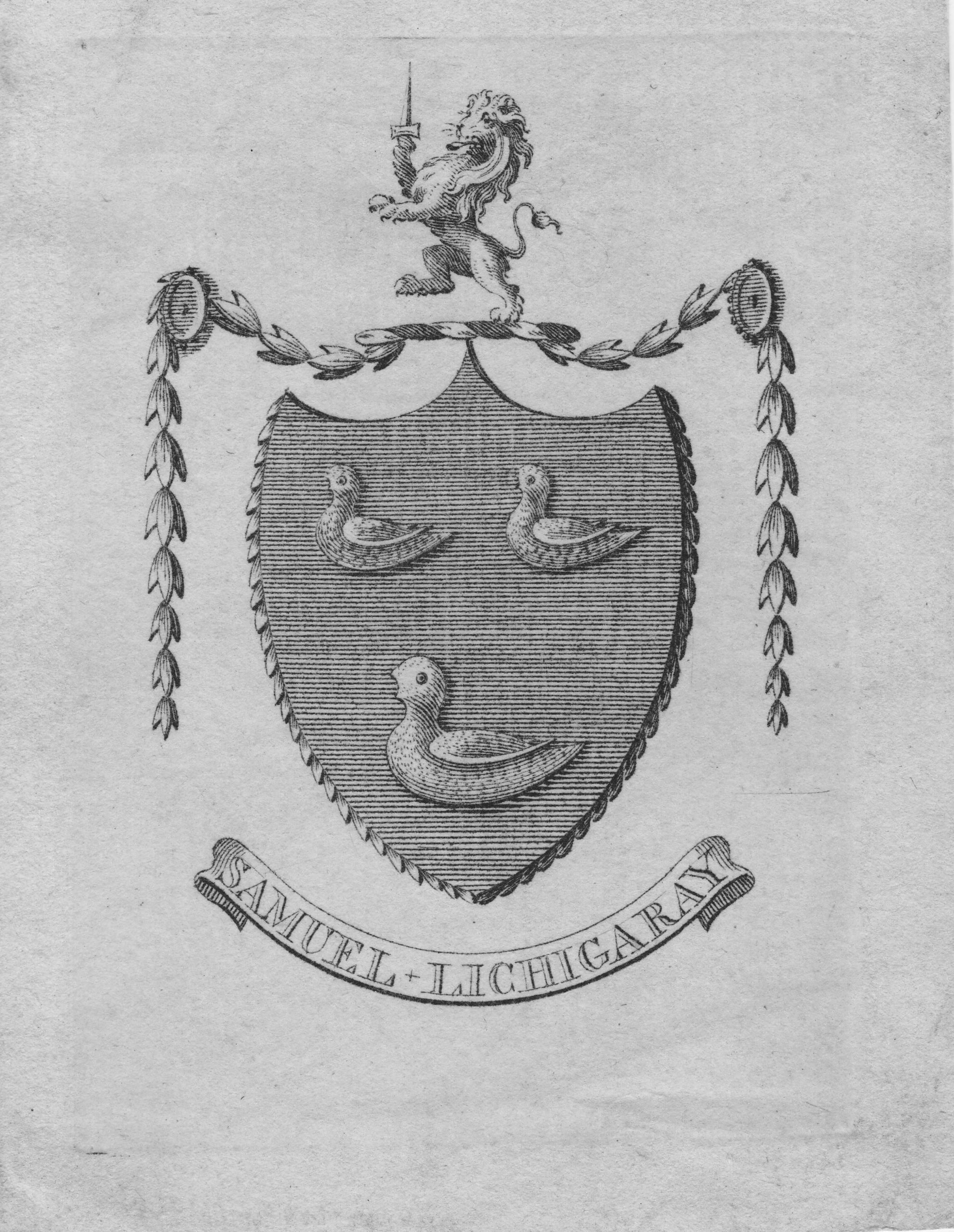 The Lichigaray family descend from Samuel Peter Lichigary who came to Exeter from Orthes in the Pyrenees. Samuel married a lady from Tiverton and their son, also Samuel, became a director of the French Hospital.

The Lichigaray book plate, shown here, uses the wreath and ribbon design which was typical of the period 1775-1800.