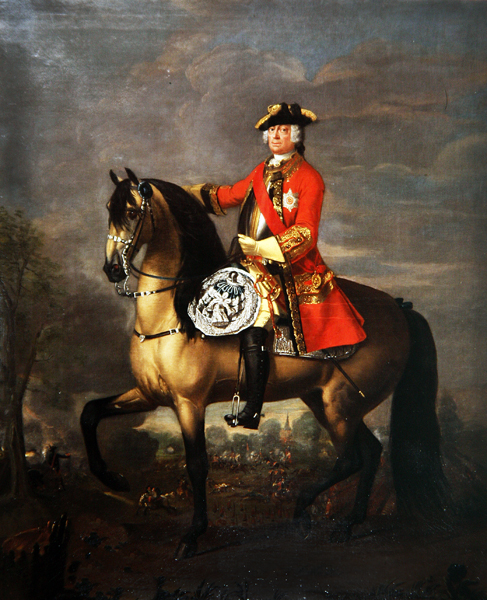 Jean Louis Ligonier (1680-1770) was the son of Louis de Ligonier of Castres. Jean Louis escaped France at the age of 17 under a different name and reached Dublin in 1697. Jean Louis joined the British Army where he was well respected and eventually became Commander-in-Chief of the British Army. Between 1738 and 1747 he fought against the French in the Seven Years War. By the end of his career he had risen to Field-Marshal Earl Ligonier.

Jean Louis also became governor of the French Hospital from 1748 to 1770 and he gifted his equestrian portrait (pictured here) to the Hospital in 1752.