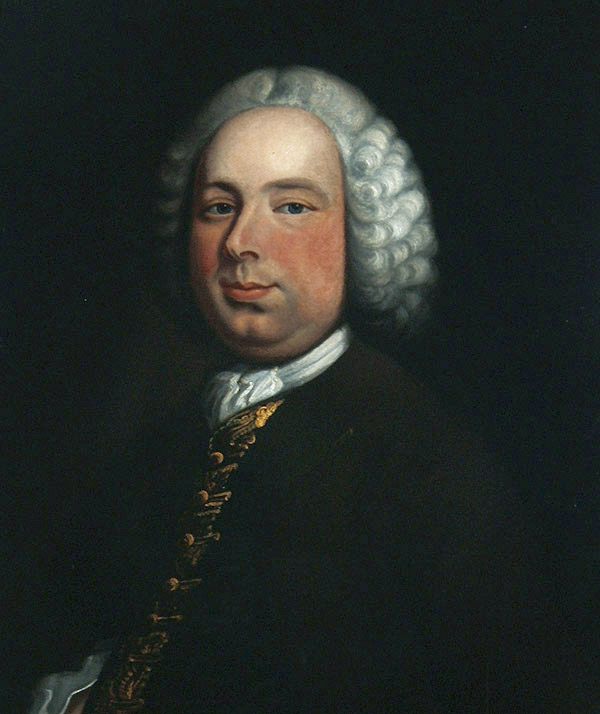 The Ogier family originally came from Chassais L’Eglise in Bas Poitou. In 1700 the Ogier family came to London. Pierre Ogier (1711-1775) was a member of this family, who became master weaver in Spitalfields. Pierre was apprenticed to Daniel Gobbee before taking over his father’s business. He bought a number of silk designs from Anna Maria Garthwaite and also went into partnership with John Vansommer. Pierre became a Director of the French Hospital in 1761.

Pierre’s junior partner, Charles Triquet, joined Pierre and his brothers in giving evidence to denounce merchants who were wanting to import French silks. For a time the Ogier family dominated the Weaver’s Company.

Pierre’s younger sister Louisa married the goldsmith Samuel Courtauld. After Samuel’s death Louisa carried on her husband’s business but later returned to silk weaving, her family trade. The Ogiers were connected with a number of Huguenot silk families including the Duthoits and Grelliers as well as the Courtaulds and Vansommers.

Matilda (1768-1841) was the daughter of Sarah Ogier and Joseph Stansbury, a wealthy importer. She was born in Philadelphia and lived there with her parents and younger sister Lydia Philadelphia during the American Revolutionary War. She came to England in 1773 to attend Madame Laborde’s school for young ladies in Hackney. She eventually settled in England and married