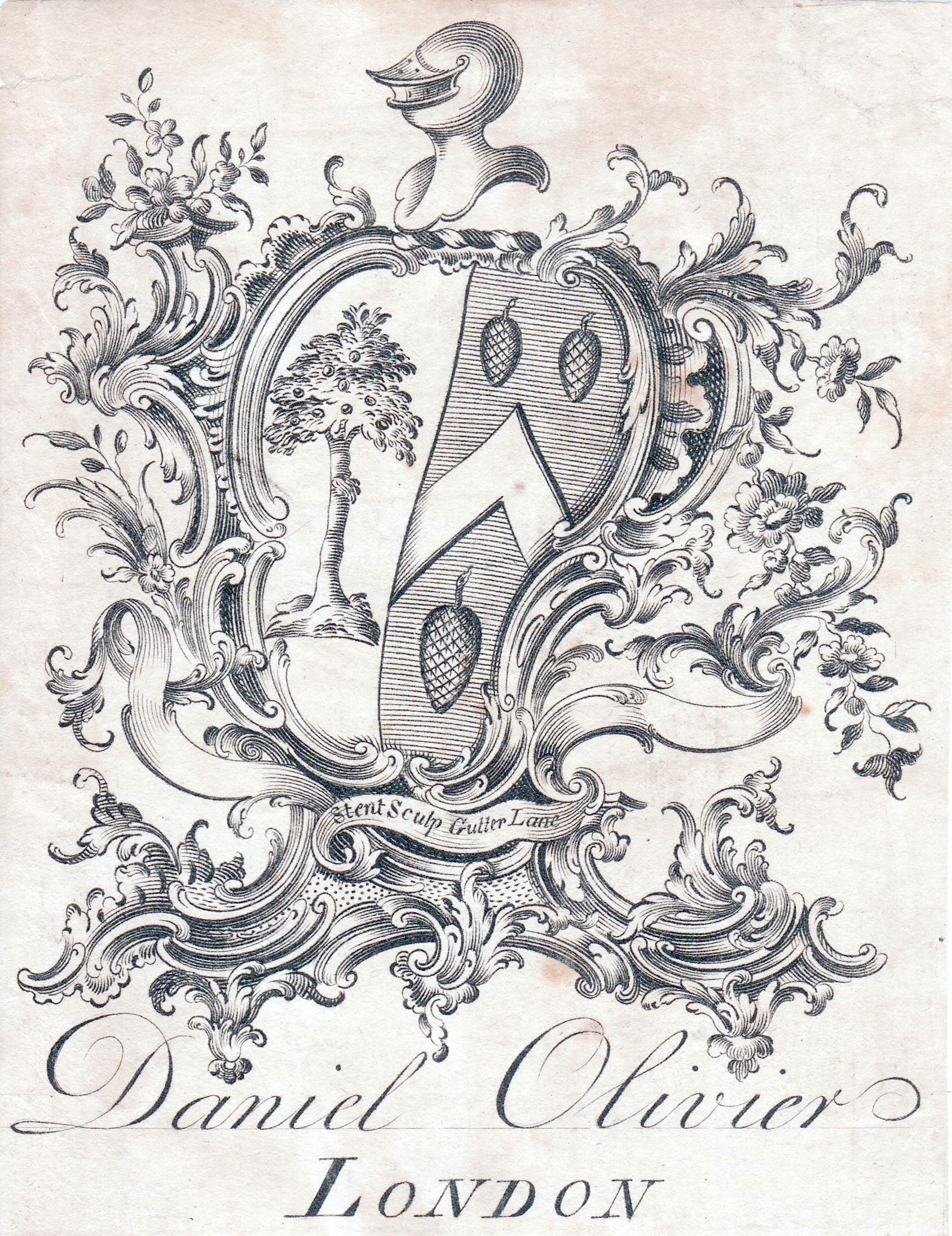 Pierre Oliver (or Olivier) was a Huguenot goldsmith who came to London in 1568 with his son Isaac Oliver (d. 1617). Isaac became a pupil of Nicholas Hilliard the greatest limner (painter of ornamental decoration) of his day. He went on to become an accomplished miniature painter.

A later descendent, John Oliver, was a silk weaver in Spitalfields.

Daniel Olivier (1722-1782) was a director of the French Hospital. He was descended from the Revered Joudain Olivier of Pau and was married to Sussannah Massé. His coat of arms shown here are combined with those of the Daubuz family (the three acorns). Although other historians suggest they also reflect the coat of arms of the Massé family.