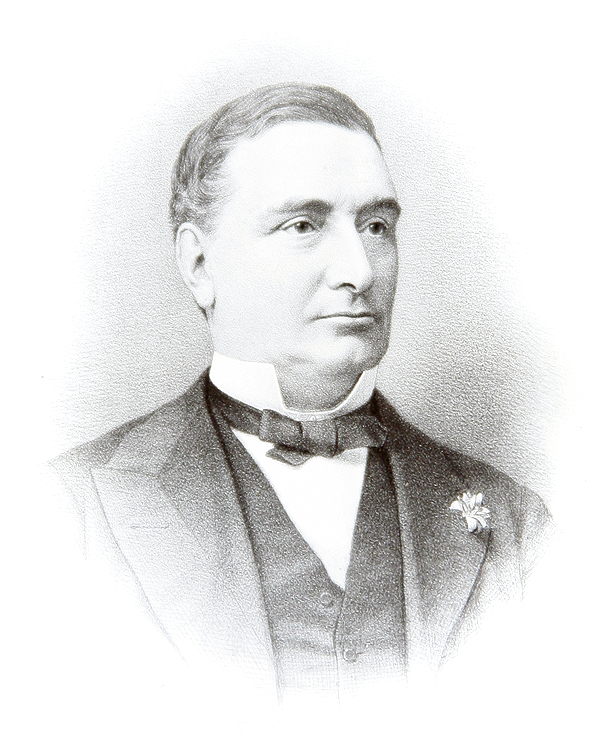 Sir Henry William Peek (d.1898) was director and deputy governor of the French Hospital and was a founder member of the Huguenot Society. He collected a vast number of portraits of earlier directors of the French Hospital. Together with AH Browning he purchased the portraits of Sir John Ligonier and Lieutenant-General Louis de Jean in 1885. Sir Henry was also instrumental in saving Epping Forest from development.

Henry’s son, Sir Cuthbert Peek, presented two gold badges to the French Hospital for the posts of governor and deputy-governor. He did this in memory of his father.