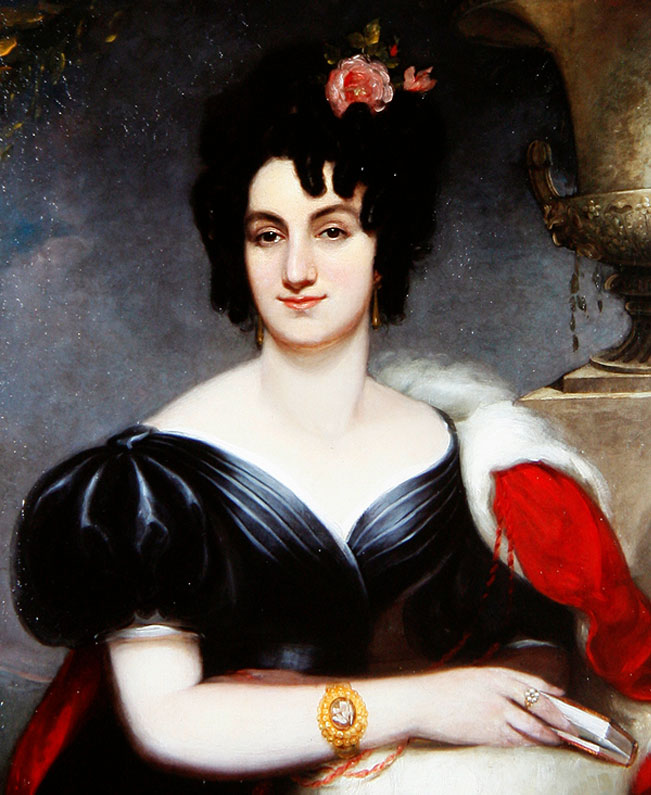 Oil portrait of Mrs Louise Grellier, née André, half-length, in a black décolleté dress and white cloak, with flowers in her hair.

Mary Louise Grellier was the daughter of Jaques-Pierre André, who became a director of the French Hospital in 1814. In 1856, she married Richard Grellier, the secretary of the Hospital.

This network of Huguenot families included the Aubertin family. Elected director in 1837, Richard continued the family tradition and served as surveyor to the French Hospital for 25 years.